Martin Evlogiev, Mihaela Raychinova, Nina Toleva-Nowak, Radina Staneva, and Vessela Ivanova are among a few young Bulgarian architects, who were chosen to participate in a special post-master degree program. Its main goal is to restore iconic architectural buildings in Bulgaria.

1. Hello, Martin!  Could you tell us briefly about this unique project?
Hello! During the courses, we acquired knowledge and experience in discovering what had caused damage to the buildings, which are of great importance to the Bulgarian cultural heritage. We were looking for ways to prevent future destruction in order to preserve these architectural monuments for future generations. Our graduation project is related to the examination and conservation of two of the most important buildings in the old town of Plovdiv – the House of Nishaniyan and the old Hypocrite Pharmacy. Both buildings are listed as cultural monuments according to the Bulgarian law. One of them, the Hypocrite Pharmacy is a museum.

2. Where did the scholar program take place?
For the first year, the lectures were hosted at one of the most remarkable houses of the old town of Plovdiv – The house of Nishaniyan. The atmosphere there is unique and is inspiring for us! We were surrounded by so much history and we felt lucky because our graduation project is related exactly to this house. All our lecturers are proven and experienced professionals from both countries – Bulgaria and France. The course program itself consists of various disciplines, including architecture, history, art, and many others.

3. Every building in the old town of Plovdiv keeps its secrets and interesting stories. Could you tell us one such a story?
In my opinion, the most interesting story is the one of the old Hypocrite Pharmacy, which in present days operates as a small, but very interesting pharmacy museum. The house is an example of the symmetric houses, which are typical for the second half of the 19th century, a part of the Bulgarian Revival Period. It has two floors but has no basement. The first building here was erected by the Italian doctor Giavelli, who bought the place from the Darwish people in 1863. Ten years later, the house was purchased by a colleague of Giavelli – Dr. Sotir Antoniadis, who was one of the first Doctors of Medicine in the recently liberated country. This is one of the reasons why this pharmacy had the privilege to supply the Royal family with medicines.
At the beginning of the XX century, the pharmacy was bought by Doctor Stancho Ivanov, who later opened a second one in the city center. For a short period, the building served as а dormitory for the workers, during the restoration works in the old town – from the 1950s till the 1980s. The Pharmacy museum was opened in 1981. All of the exhibits were brought here from other old pharmacies all around Bulgaria. Most of these exhibits are pharmacy-related objects, such as percolators for obtaining different tinctures, copper and glass distillers, etc. All items, including the furniture and the 120 years old cash register are authentic and can take us back to the times when all medicines were made by herbs, essential oils, and other natural products. In this time, most of the cures were produced by the pharmacies themselves.
Even in present days, herbs are being grown by the museum staff in the pharmacy yard. More than 30 species of herbs, which were well known to the XIX century pharmacists and were used as important ingredients for many cures, ointments, and elixirs are also part of the museum collection.

4. Why are some of the most remarkable Bulgarian architectural monuments in such a poor condition? Are there enough specialists in the country, who are qualified enough and who could help with the restoration works?
The poor condition of a building could be a result of many different factors, such as construction mistakes or mistakes during previous restorations, earthquakes, floods, humidity, poor maintenance during the years, caused by lack of money, lack of interest or both and many others. Of course there are specialists in Bulgaria, who could take care of the restoration and conservation process of our architectural heritage, however, nowadays, some of the construction technologies, which were used in the XVIII and XIX century have been lost and forgotten. It is also very important for the owners of the buildings themselves to be aware of how valuable their properties actually are and to do their best to bring them back to life.

5. Tell us about a specific building, which urgently needs restoration and reinforcement activities.
There are thousands of valuable old buildings in Bulgaria, which urgently need restoration works. During the course, we have examined buildings, located in the old town of Plovdiv – one of the cultural capitals of Europe for 2019 and I would say, that even here, many of the houses are endangered and need restoration.

6. Why did you decide to donate all your projects? What do you think the owners of these valuable, but endangered old buildings should do in order to realize your projects?
Yes, my colleagues and I decided to donate all our restoration projects to the Plovdiv municipality, or in case the buildings are private properties – to their owners. We really hope that all our recommendations will be taken on serious and that the proprietors will take all necessary actions in order to conserve the houses and prevent further destruction. The owners need to realize that even if their property is in poor condition, there are specialists, qualified enough to bring it back to life and that an old building could be much more valuable and attractive than a new-build house. I am saying this because it is common in our country old buildings in poor condition to be destroyed and new buildings to be built on their place. Yes, in most cases it is more profitable to build a new house than to renovate an old one, but this is a wrong approach, because this way, we are destroying our architectural heritage.
Every old building is valuable, because of the history, which it keeps, and it is our duty to reveal, expose and protect this history. Bulgaria has more than 1300 years of history. It is located on the crossroads between Europe and Asia and that’s why the Bulgarian history, culture, and architecture, combine elements and influences of other, different cultures. We are very, very lucky to live in such a rich and beautiful country! 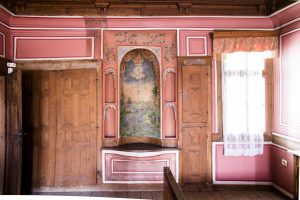 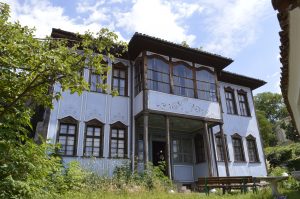 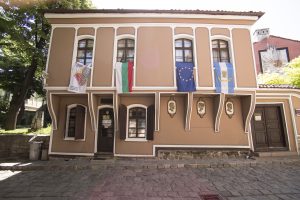